If random bits of knowledge were muscle, Selin would be a slab of beef. But it’s not. He is a long, thin, pale, indoorsman Half Elf. He has clean, blonde hair and is fastidious about his appearance. He looks much like his high elf mother and not so much like his human father. Indeed, he has the look of a high elf painfully pulled to the height of an unusually skinny man.

Selin’s mother disappeared in his teen years, leaving a culture-sized void in his life. Faced with the decision of living with his coarse father or making his own way as an odds and ends scholar, he chose the path less well-fed. Gambil would eventually provide stability for the young bookworm, and later, adventure, too.

Selin is a cleric of Ashlae, and his Divine Domain is Knowledge. He is especially drawn to magic in the area of mental manipulation. In his spare time, he enjoys reading and experiencing exquisite food and wine. 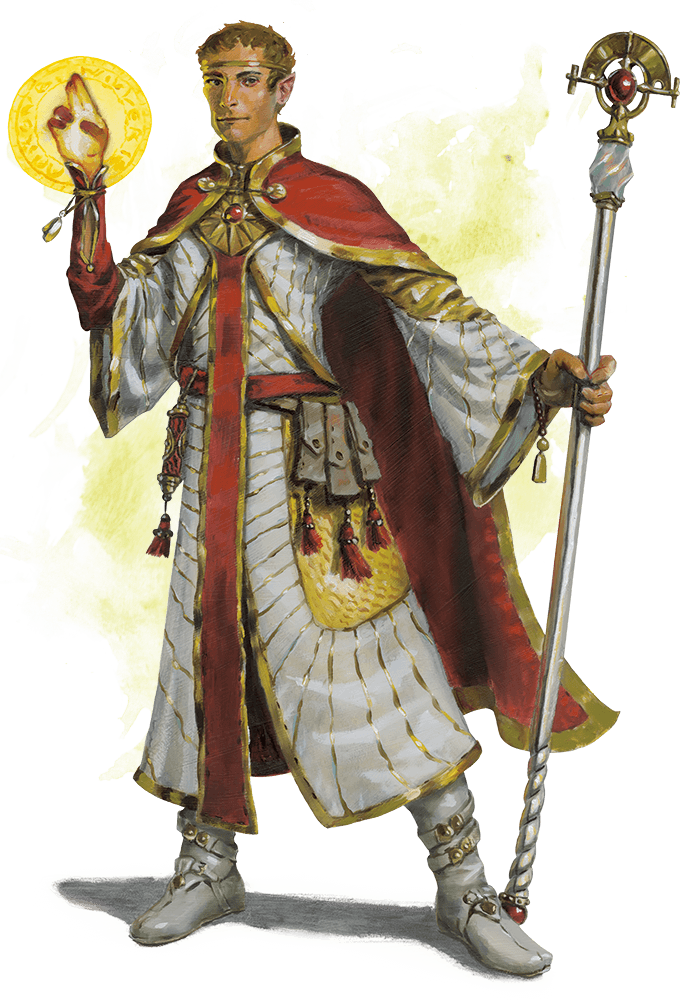